The Amazing Expanding and Shrinking Quilt

Hello Everyone,
My daughter's college quilt is growing, but yet shrinking at the same time!  I have added more black and white squares so that the R and the P are not framed well.  This is the expanding part. 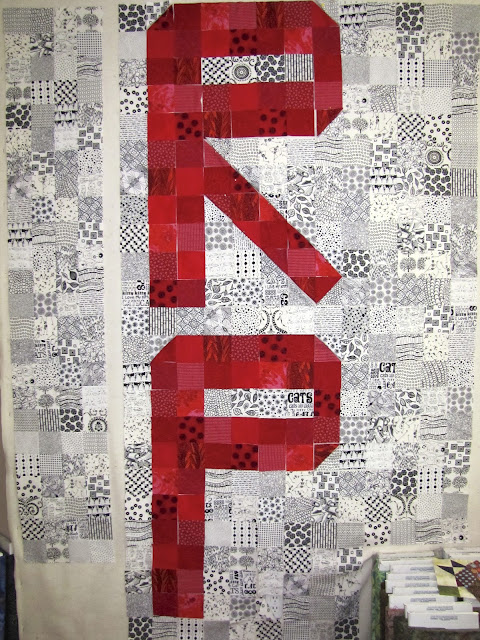 I then joined the ones on the far left that are separated from the body of the quilt.  This is where the shrinking comes in... both my hubs and daughter stated that the quilt would be quite large.  But I kept reassuring them it would shrink when I began sewing the seams together.
The blocks that I began to sew together were even with the row just below where the P ends. 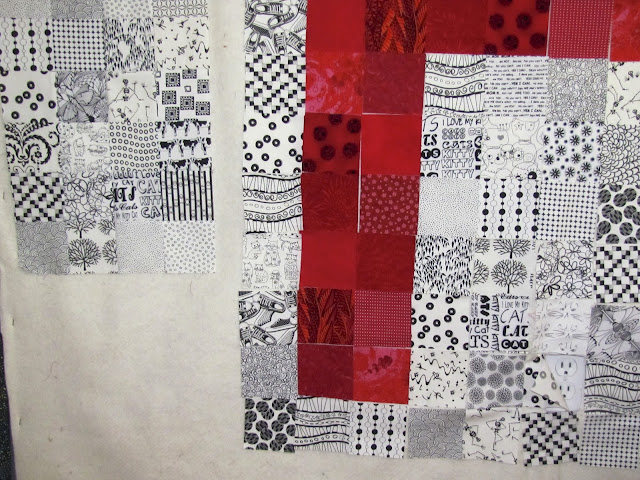 This photo show better just how much the seams "shrunk" the quilt.  This actually is a good thing because I still have to add an I to the quilt and it will still be pretty large even after it has "shrunk" completely.
I must say that I do like how it is turning out and I have received my daughter's stamp of approval too!  That makes me most happy!!
Until Next Time...