Hello Everyone,
Yesterday's blog post I showed you the progress on my Sunflower Illusions, mostly due to the fact that Blizzard Nemo took hold in New England.   As a result, I have been indoors since Thursday sewing.  Mind you I am not complaining about the sewing, just the snow. 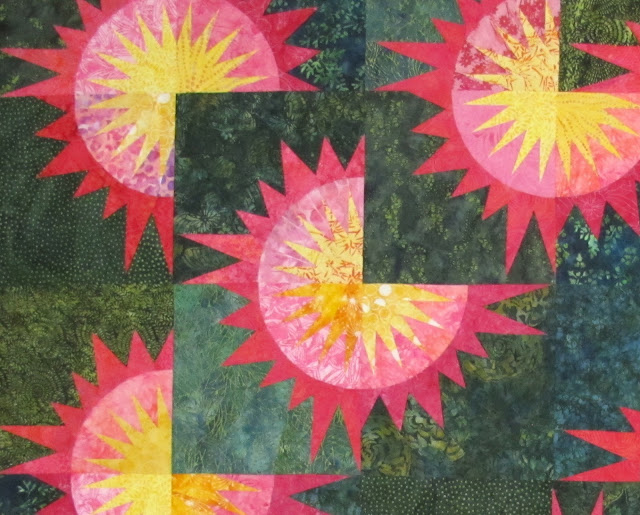 Yesterday, I had the layout up on the design wall and it was merely a matter of me joining the units together and then placing the borders on all four sides.
But first I would like to show you what we woke up to that allowed me to make more progress on this quilt top. 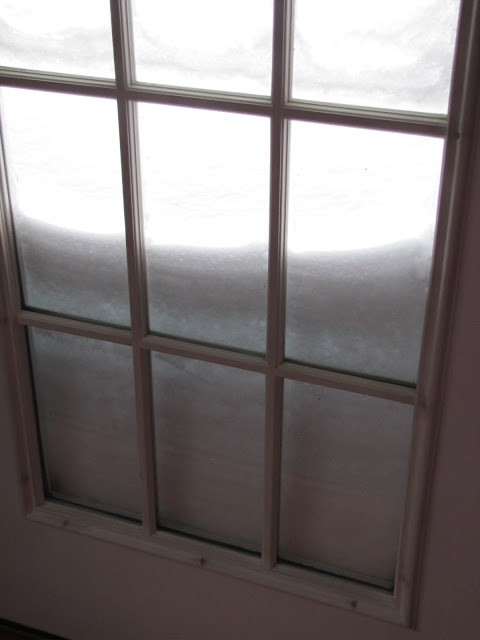 The doors were blocked by TONS of snow. 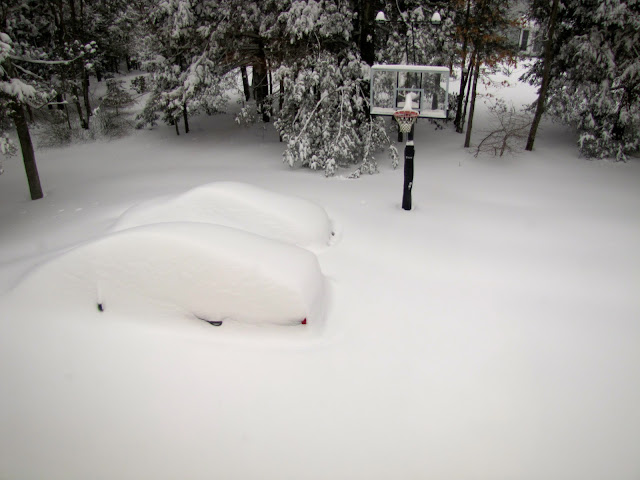 The cars in the driveway were buried. 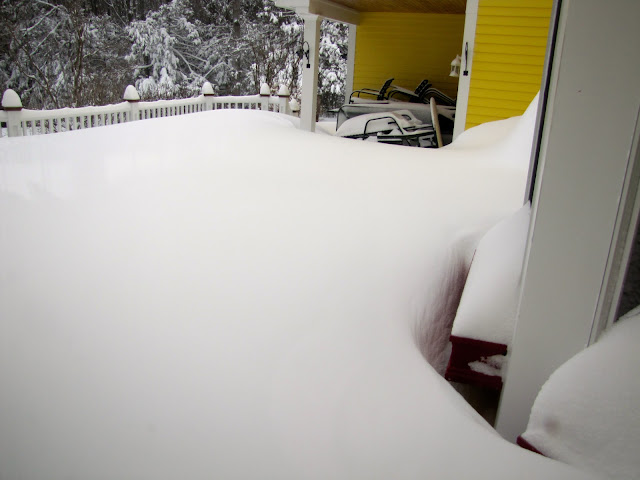 The deck totally covered in snow, it is almost the height of the railings!  We had about 3 feet of snow! 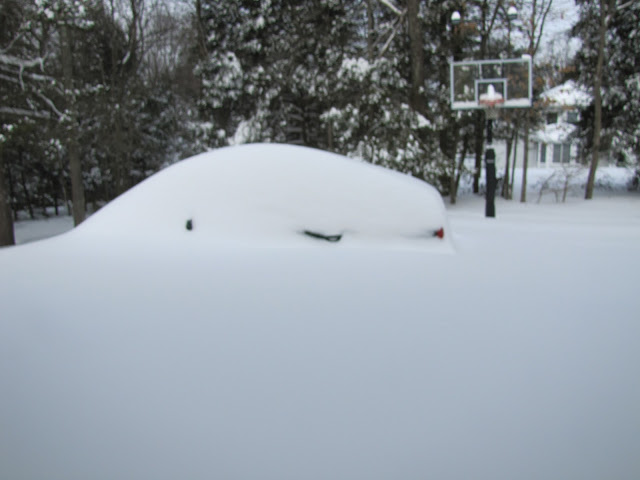 Ground view of the car buried.
But you know what all this snow meant, right?  I couldn't go out again today!  That, in turn, meant more sewing.  Yay!!
I was able to join all the units together.  That meant sewing 30 curves.  I started the curves at 8 am and was done by around 1:30.  I did take a break for lunch.  Then I had to join the blocks and the rows together.   I did... 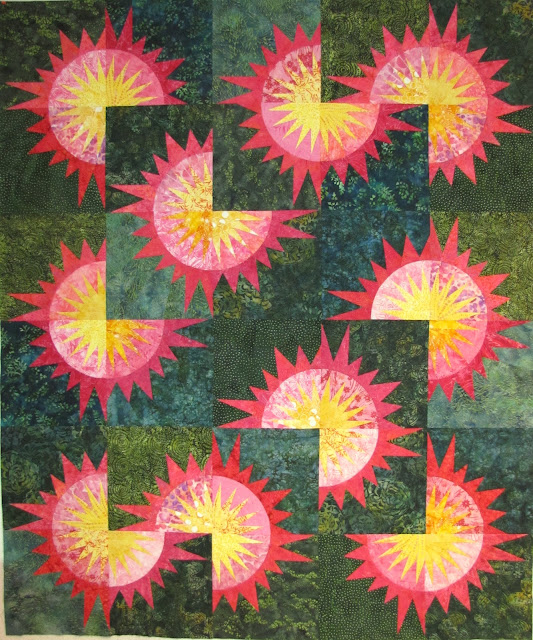 and I love the look!  But I still have to attach 4 borders.  I managed to only get the side border on and will need to get the top and bottom on tomorrow night.
Here is what I have now. 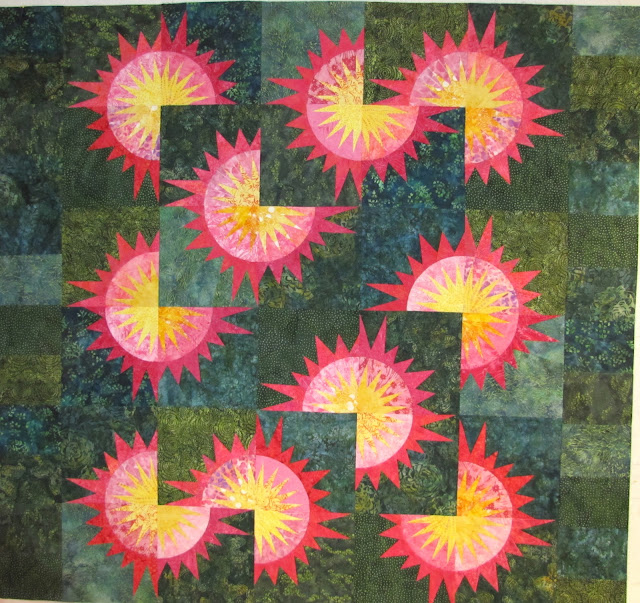 I am really hoping to get the borders on the top and bottom, the rest of the papers peeled off and the backing made all by Monday.  Then onto the long arm.
Do you think that I can do it??
Oh yeah, I am heading to Vermont today to teach a class... so maybe I won't get it all done.... hmmm....
Until Next Time...